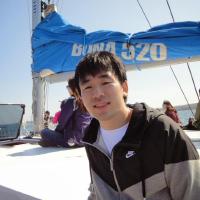 I am a software engineer in Seoul, the Republic of Korea. With M.S. degree in Department of Computer Science, M.S. in Department of Business Administration and much experience using many languages and frameworks to develop software applications, I am confident I will be an asset to my organization.

I enjoy being challenged and working on projects that require me to work outside my comfort and knowledge set, as continuing to learn new languages and development techniques are important to me and the success of my organization.

I am interested in data mining and machine learning.

Please feel free to contact me if you have any questions or comments. My email address is jongha.ahn (at) mrlatte (dot) net or me (at) jonghaahn (dot) com. I read everything sent there. Thanks.

Self-Employed Freelance Software Engineer | Full Stack | Front & Back Experienced (18 years) | Seeking remote work job opportunity | I am a software engineer in Seoul, Republic of Korea. I am currently interested in data mining and machine learning. I like writing about computer software and interesting subject. If you want to see my curriculum vitae, visit here. You can send email for me to jongha.ahn (at) mrlatte (dot) net or me (at) jonghaahn (dot) com. I read everything sent there. Thanks.